Australia isn’t typically regarded as a driver of scientific experimentation, cutting edge abilities and inventive research. Rather gravitating towards the outdoors, lucky we can avoid much of what is considered hard work with the relaxed lifestyle that our golden shores provide. Merlin Crossley in her article in Research The Australian shows us that, “Australia has unique advantages when it comes to attracting the best and brightest and harnessing their talents.”

Or to put it another way, Merlin, “Not all readers would identify Australia as a powerhouse of scientific experimentation and technological invention. Many would see us as Gilligan’s Island, a diverse bunch of harmless buffoons who enjoy a relaxed lifestyle but have few practical projects, and who will never really leave their paradise island and shake the world.” Inventions come to mind such as the square washing line and standard lawnmower backing up the dismissive attitude by some who have neglected to dig deeper. The facts are that scientists have found a home here where they have been productive in the pursuit of excellence.

In our island home many have found our relative isolation as a benefit. For example Michelle Simmons, physics professor at the University of NSW in her quest to build a quantum computer, moved from Cambridge rejecting offers from the US, to Australia. “She was able to develop her own ideas without having to battle senior academics, while being unconstrained by the shackles of history and conventional thinking.”

Our medical research system is independent with the main hospitals operating separate from a centralised control authority. Agile and productive is how this system is described also sustaining world leading research. Australia is fast developing research with anti-cancer drugs, blood diseases such as leukaemia and breast cancer cure using stem cell applications.

The independence and self-sufficiency which is a main feature of our research agenda is driven partly by our geographical location and by the intellectual independence of our academics. Merlin, “We tend to have only a handful of researchers in each key area and young researchers quickly seek to establish themselves as national leaders. We find our own niches, avoiding competition with others here and overseas, and are sometimes unaware of what is happening elsewhere. This means a greater chance that creative ideas will flourish.” Our research in different areas also means that we will collaborate more easily with others from Asia, UK and the US.

The financial status of our Universities is strong thanks to their policy of embracing students from all parts of the world which has increased fees. Following on, universities have increased in size with revenues being invested in research. “Everyone involved has been spurred on to boost productivity in research.”

There is no shortage of professional talent in Australia because of the fertile landscape provided by these measures. Our country is programmed to grow strongly in the years ahead and Australians are set to play an important role in business and research thanks to our unique place geographically and academically. 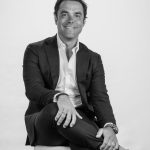