Our Corporate Affairs Practice Executives Tim James and Richard Norey attended the highly-regarded Corporate Affairs Summit recently, which gave them great insights into key drivers of success for the corporate affairs function in 2015. Above all, the move to mobile is the main trend occupying the minds of the top corporate affairs functions. We’re witnessing a once-in-a-lifetime switch to digital channels. At the same time, traditional media still have their place. Businesses that successfully navigate both emerging and established communication realms are the ones telling their stories in the most engaging way right now.

2015 will be remembered as the year mobile devices began to reign supreme. There has been a transition period during which we’ve split our screen time between desk-bound technologies like desktop and laptop computers with time spent using smart phones and tablets.

Now, the balance has shifted squarely in favour of mobile devices, largely because they emancipate us from the office. A whopping 80 per cent of worldwide internet users own a smart phone and 47 per cent own a tablet. So it’s no surprise that, according to Richard Spencer, head of iSentia’s digital agency Two Social, 78 per cent of the top 50 digital news sites have more traffic from mobile devices than from desktops.

So we’re no longer anchored to the place where our hardware is located. Rather, our hardware travels with us. This requires a major re-think of the way corporate affairs approaches communication. According to the Global Web Index, a total of 80 per cent of adult internet users own a smart phone and 47 per cent own a tablet. Which means corporate affairs professionals must be focused on how their organisation maintains a presence where we’re spending the bulk of our time.

The shift to mobile is the biggest change to the way we access information, and organise our working life, since we made the switch from typewriters to computers. For instance, 15 months ago 18 per cent of people who accessed the Huffington Post used a mobile to do so. Now, it’s 60 per cent.

Today, mobile devices are the go-to communication tool for all of us, from the time we wake up. This is a transformation we must take seriously. But it’s essential to recognise that content that is right for desktop is not necessarily right for mobile: it must be adjusted to suit the user experience.

One of the reasons for ascension of mobile is because what we’re doing when we use our smart devices is accessing social media. Data shows 47 per cent of the time we spend online is on social media – that’s 28 out of every 60 minutes.

The arrival of social media has been an absolute game changer: Facebook now has more than one billion users. But not all social media platforms are created equal. For instance, Twitter is known for breaking news, while Facebook is lifestyle- and product-focused.

So the top businesses are learning how to package content not just for digital, but for the specific requirements of the channel through which it’s shared.

As digital and social media have begun to dominate, so too has video content. In the US a third of people watch video when they log on, a number that is growing rapidly.

Video has become so prevalent because new communication channels make it extremely easy to watch and – this is the key for corporate affairs professionals – share this content. To show you how powerful video is, 25 per cent of people who access video through Facebook engage with the post.

But you must grab the attention of viewers in the first three seconds. If not, 60 per cent will switch off. If you can’t say what you need to in 15 seconds there’s an 84 per cent fall off in viewers.

We’re on the cusp of the video revolution, something that has not been lost on the major media players. We’re about to witness the emergence of live TV streaming newsrooms. For example Facebook has hired 100 people to create online and real time TV. What we are likely to see is live streaming TV with citizens acting as online guests.

There are some businesses that are already doing great things using digital technologies, social media and video.

For instance, the award-winning ANZ Blue Notes site is an online, in-house news room, which uses LinkedIn and Twitter to connect with external and internal stakeholders. It’s part of the bank’s strategy to be a leader in customer, stakeholder and employee engagement.

ANZ BlueNotes publishes thought-provoking content that responds directly to the interests of the bank’s clients, staff, investors, policy makers and other stakeholders, in the same way as a traditional news site does.

In the US, the Walt Disney Company has leveraged its D23 fan club to develop an enviable digital presence. It has recognised fans are the business’s greatest ambassadors and critics. So it has been essential to build an emotional and personal connection with this group. The result is a completely authentic online audience, comprising 42 million Facebook and 86 million Twitter followers. Pretty impressive statistics, especially for a business that’s been around for almost 100 years.

Closer to home, Kimberly Clarke, which manufactures the Huggies brand of nappies, has been building brand equity via social media, cementing its relationships with mums. As a result, 75 per cent of all traffic [its website receives] comes from mobile devices, its Facebook page has 97,000 followers and has received 14.8 million impressions. Journalists are even using their digital presence to source content, such as case studies to validate stories.

Another leader is Telstra, which has a highly integrated, agile corporate affairs function. A quarter of the corporate affairs team already has impressive social media and digital credentials. The aim is to lift that figure to 50 per cent in three years.

The business is fortunate to have digital and social media advocates from the C-suite down, the consequence of which is a highly engaged enterprise. The telco uses Yammer for internal social media purposes with 46,000 users.

As the way we access information has changed, so too has the type of content we watch. The traditional ways corporates communicate with stakeholders have made a volte-face. Now, it’s all about making an emotional connection with the audience.

Messages have to be ‘de-corporatised’ and it’s essential to make your content simple and clear to understand. It’s about putting a human and personal bent to strategy and messaging to make the business relatable.

More than ever, the role of corporate affairs is to tell the story of the business with authenticity and humanity: this is critical.

Taking the business along the journey

All this requires is a re-think of the corporate affairs function, which also involves teaching others in the business about the new communication paradigm and corporate affairs’ role in it. Your internal audiences are actually your biggest advocates, so ensure you engage with them early and consistently.

A simple strategy is a must. And most businesses need to go right back to basics and make sure everyone is clear about why the organisation exists, its purpose and how they contribute to its success.

This also means a repositioning of the corporate affairs role. The best teams comprise cross-functional practitioners who are agile and flexible. They must have a strong grasp of social and digital and know how to integrate communication for external and internal purposes, using traditional and innovative channels.

This is especially important given corporate affairs’ role to protect and enhance the business’ reputation through issues and crisis management, which is accentuated in an era in which information and news can flash around the world in a heartbeat. This is not to say traditional channels and face-to-face communication are sublimated to digital. These channels are just as important and the leading communicators are adept at switching between, and understanding the nuances of, multiple channels.

Importantly, corporate affairs professionals must be able to access data and use it to spot trends and shape strategy work. This requires a diversity of age, experience, gender and culture across the team.

Over the coming 12 months we’re almost certain to see an amplification of the mobile, social and video trend.

We’re also likely to see mergers of the marketing and corporate affairs functions. Teams that embrace this, rather than seeing it as a threat will be the most successful because working together is where the power lies. The function of these disciplines will still be differentiated, with corporate affairs influencing what people think or feel and marketing influencing what people do. Top organisations will recognise that facilitating a situation in which these departments work together will deliver the most benefit to the business.

Messaging is also evolving. Rather than targeting people on the individual to mass continuum, in the future communication will be targeted to smaller groups and communities, often using app-based technology. We will also increasingly see the audience use wearable devices to engage with the digital landscape.

It’s an exciting time to be in corporate affairs, albeit a fast moving one. As with everything in life, those that succeed will be the ones who are prepared to adapt.

We watch with much interest the functional trends both within Australia and globally. Our role is to map, engage and optimise top executive and emerging leadership talent. We also offer functional advocacy, structural design and capability assessment, and cross-sectoral leadership advice to our client partners at CEO and Executive level. 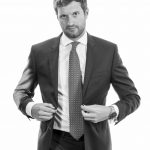