For too long businesses have been virtual black boxes with a brand slapped on the side. But that approach is no longer viable. Organisations must be a glass box, and build advocates from the inside out. Employees, more than ever are a trusted source of truth for external stakeholders, an alternative to the corporate narrative.

This was a key theme of this year’s Corporate Affairs Summit, which highlighted a number of emerging themes, including:

Corporate affairs executives must develop a deep understanding of these themes and how they are likely to drive their activities, and those of the businesses they support, now and into the future.

Globally, an unprecedented trust crisis has infected business, the media and, most critically, government. The 2018 Edelman Trust Barometer showed the US has experienced the largest- drop in trust the index has ever experienced. Over the past year, trust levels have fallen 14 points, so that only 33 per cent of the population trusts the government. Flipping that, a whopping 77 per cent of people distrust the government. In the survey, business, the media and, shockingly, NGOs fared little better than governments, with trust levels for these spheres plummeting between 10 and 20 points since the previous survey.

The rise of fake news is devastating the reputation of traditional and new media. According to this year’s Edelman Trust Barometer, “for the first time media is the least trusted institution globally. In 22 of the 28 markets surveyed it is now distrusted.”

In this environment, it’s no wonder the power dynamic between the fourth estate and corporate affairs is shifting. But the conundrum is that despite the fact the populous distrust governments and the US, President Donald Trump has 46 million followers on Twitter. In comparison, CNN has 40.5 million followers. With this reach, Trump is able to drive the US news agenda every day.

But in the same vein, the corporate affairs function can follow Trump’s lead and start to take a journalistic approach to communication, to help support and control their organisation’s messages.

So, organisations must become their own media and conduit to their internal and external stakeholder groups. They have to be in a position to control and defend their messages, especially if they are the subject of fake news. It’s one reason businesses are continuing to set up their own media channels to tell their story.

At the same time as respect for traditional institutions has plummeted, conventional hierarchical structures are becoming less relevant. Until the rise of digital communication, power was distributed in a top-down approach. But new media now mean power is distributed through a flatter, network effect, and those who wield power may reside anywhere in the network.

This has a direct impact on decision-making, encouraging a bottom-up, top-down two-way flow of communication. In this much more collaborative environment, leaders become the overseers and power brokers in networks, rather than merely governing hierarchies. This shift is heralding a new world of participation, which is taking the place of the one-way flow that once dominated communication.

At the same time, internal stakeholders now for the first time have both the tools and the confidence to take their employers’ messages to the world first-hand. And they are being empowered to do just that. Importantly, organisations that create content libraries for their employees to share, accelerate and amplify their staff’s ability to act as advocates.

However, a robust social media protocol for employees needs to be in place in an environment in which they are encouraged to be advocates for the businesses for which they work. This will help to give them the confidence to communicate, without the fear of saying the wrong thing.

Given the way the playing field has moved, it’s essential to ensure the corporate affairs team has the right skills to navigate the new communication landscape. The role is no longer merely about safeguarding corporate reputations. Rather, the corporate affairs team must be the strategists and architects of a proactive narrative and responsible for disseminating messages across all platforms and to every audience.

Digital tools allow the corporate affairs team to do just this, concurrently re-shaping the corporate communication function and creating high demand for a whole new range of roles and skills. The addition of a data scientist to a corporate communication team will be a huge advantage, who is initially charged with evaluating the business’s internal social media network effect, and then extending this analysis to external sources.

The appointment of a data scientist underlines how data and analytics must guide decision-making, helping shape the organisation’s immediate vision, but also mitigating emerging risks. In the near future, utilising and overlaying multiple data sources will be used to help predict the future, drawing on emerging tools such as artificial intelligence and machine learning. The ability to foresee consumer and stakeholder sentiment is an example. This is likely to involve more frequent research into, but potentially less involved, sentiment surveys.

The use of digital tools is advancing collaboration and innovation for employee engagement, increasing transparency and connectivity to drive loyalty, performance and trust internally.

The flipside is that digital technology is creating rapid activism. Digital platforms can connect people and activists can identify highly targeted groups with polarising views to build advocacy quickly.

But as a final note, despite the advances in electronic communication, face-to-face remains the most powerful engagement tool we have. Digital channels, while being a medium on their own, are powerful when they are used to reconfirm in-person conversations. 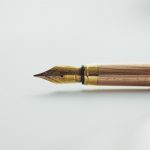 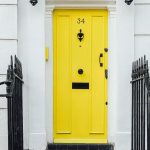 A newly formed strategic role within the consumer business for a Global Financial Services organisation. Our client, a global financial services organisation is seeking a newly created Head of Partnerships to lead the product and… Read More

If you’re interested in attending or speaking at an Ampersand event, please get in touch with Leah Towers
on 03 9008 5101 or ltowers@ampersand.com.au