A flow on from one of our earlier blogs on workforce transformation and the role leaders play on the ‘people’ side…Robert Gottliebsen offers some advice in this article under Commentary in The Australian.

“How do chief executives of large organisations inspire their staff to work hard and be flexible when the chiefs know that the organisation will have to slash staff to be viable in the future?”

Those personnel who are being managed to perform (or out-perform) today are being groomed for future roles however the inspiration offered by their CEOs under these foreseen transformations may never have the chance to develop. Robert, “Many of those whom CEOs are inspiring today will be retrenched tomorrow, often in a poorly managed way and the CEOs will be forced to continue with the same inspiration to those who remain.”

NAB’s CEO Andrew Thorburn’s recent comments  on this matter came as a shock to many, including Robert Gottliebsen for the obvious reason, creating a big dent to morale. On the other hand the inevitable effect that technology and AI will have cannot be denied and the straight talking will at least prepare everyone for what is to come and give them the opportunity to retrain and be ready when that time arrives. This is the new reality of business we live in so preparedness and personal accountability for driving careers, has never been more apparent. However organisations have an even greater responsibility than ever before to provide assistance and transparency (where possible) during times of significant transformation, economic uncertainty and change.

Other bankers have been referenced saying that in a decade, banks will be able to perform their present tasks with roughly half the staff. CEOs will not be saved either if they are unable to perform to expectations. They will be expendable. If a crisis should develop in any of the banks then the Chairman will have no other option than to remove the CEO. Ken Henry Chair of NAB to Andrew Thorburn, “He has to trust me that when I am doing that I’m actually doing it in the best interests of the company, even if he might regard it as being unfair to him personally.”

And so the impact is felt from the top down. In this era of change we are all expendable. As the momentum grows to make all more accountable and new technology takes over where people can be replaced for greater cost and operational efficiencies, we all need to work on upgrading our skills especially in those sectors where the human input must be retained. A difficult task and a tough reality to accept but one that’s definitely worth working on for the sustainability of talent, workforce retention and ultimately organisational performance. 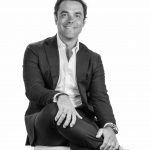